On our final day before sailing for home by Marion Chessell

Roger decided to go on the last hike of the trip as it was only 3.5km long. The path was a little steep and I heard Roger say to the expedition person walking with us that he was going to stop for a breather at the gate, which I was just coming up to.

I turned round to wait for him and as I did that he was rolling down the side of the hill on a 70 degree slope into the brambles and ferns below. He had turned to take a photo and as he put his foot down there was no path as he was quite close to the edge and over he went.

He must have rolled about three times, fortunately there was a load of brambles and undergrowth stopped him falling any further than about 8m down the slope.

The expedition leader went down the bank to try and assess the damage. There appeared to be no broken bones and he was conscious and talking so they agreed to try and get him up the bank rather than call for the helicopter. One member of the  leadership team told the rest of the guests to find somewhere to sit and wait further up the path and round a corner. Hurtigruten have rules about how many expedition staff go with how many guests so they could not continue the walk until Roger was in the hands of the ships doctor who they had just called.

The main difficulty for Roger and the leader was getting up the bank to the path as there was very little to get your foot onto, or hands to grip, to lever himself up. I laid across the paths and offered my outstretched arm down to reach him as he was being pushed up, to give Roger something to pull on. Eventually with a lot of team work Roger was safely back on the path. The leader insisted that Roger sat on a couple of mats while they checked him over and treated his wounds from the thorns. Of course the bramble thorn on the back of his head was bleeding the most as any wound in that area does.

The walking group from the Oto Sverdrup (another Hurtigruten ship anchored with us) was just coming up the path. Our expedition team knew the other team really well so they were renewing friendships. The leader had a small group so he agreed to take the rest of our group to the top along with his and one of our team went with him to ensure the numbers were correct.

Roger said he thought he could walk so we helped him up and walked down to the Rib boats to meet up with the doctor and the medical team. They had a scoop stretcher but it wasn’t necessary. After the doctor had checked him over the assessment was that he had loads of cuts and some bruising but no major injury but he did need to go back to the ship for cleaning and assessment.

So as you can imagine we took the rest of the day quite slowly after that and he became a bit of a celebrity. Everyone was concerned that he was ok and I’m sure there were lots of forms to fill in.

I have to say that the professionalism of the team was outstanding and they knew what was expected of them. Later on, Roger joked with the expedition team that he had saved the rest of the guests from a tiger in the bushes as that is what his scratches looked like all over his legs because he wore shorts for the hike!!

Roger apologised to the other guests that had to wait until they were able to carry on the walk.They agreed that they really didn’t mind because the view was great and it gave them a good rest so they were not upset about that at all. They were just concerned that he was ok. The group did complete the hike to the top. End of an “exciting” day. Phew.

I was very embarrassed by all this but thankfully here to tell the tale. If the brambles hadn’t stopped me then I would have rolled another 20mtrs down to a fence crashing into the trees further down that would probably have broken limbs and/or ribs. So I count myself lucky.

The night before arriving in Dover (30 hours after the fall) I started to have dizzy spells waking up and find the room spinning that could only be stopped by closing my eyes for a bit then opening them again repeatedly. I think I may have temporarily been knocked out on the way down the slope, although I have no recollection of doing so, but it appears that I have a mild concussion.

Today (Sunday) I am still feeling woozy if I move too fast or bend over I start to fall again but not so much therefore at least another day of rest is in order. 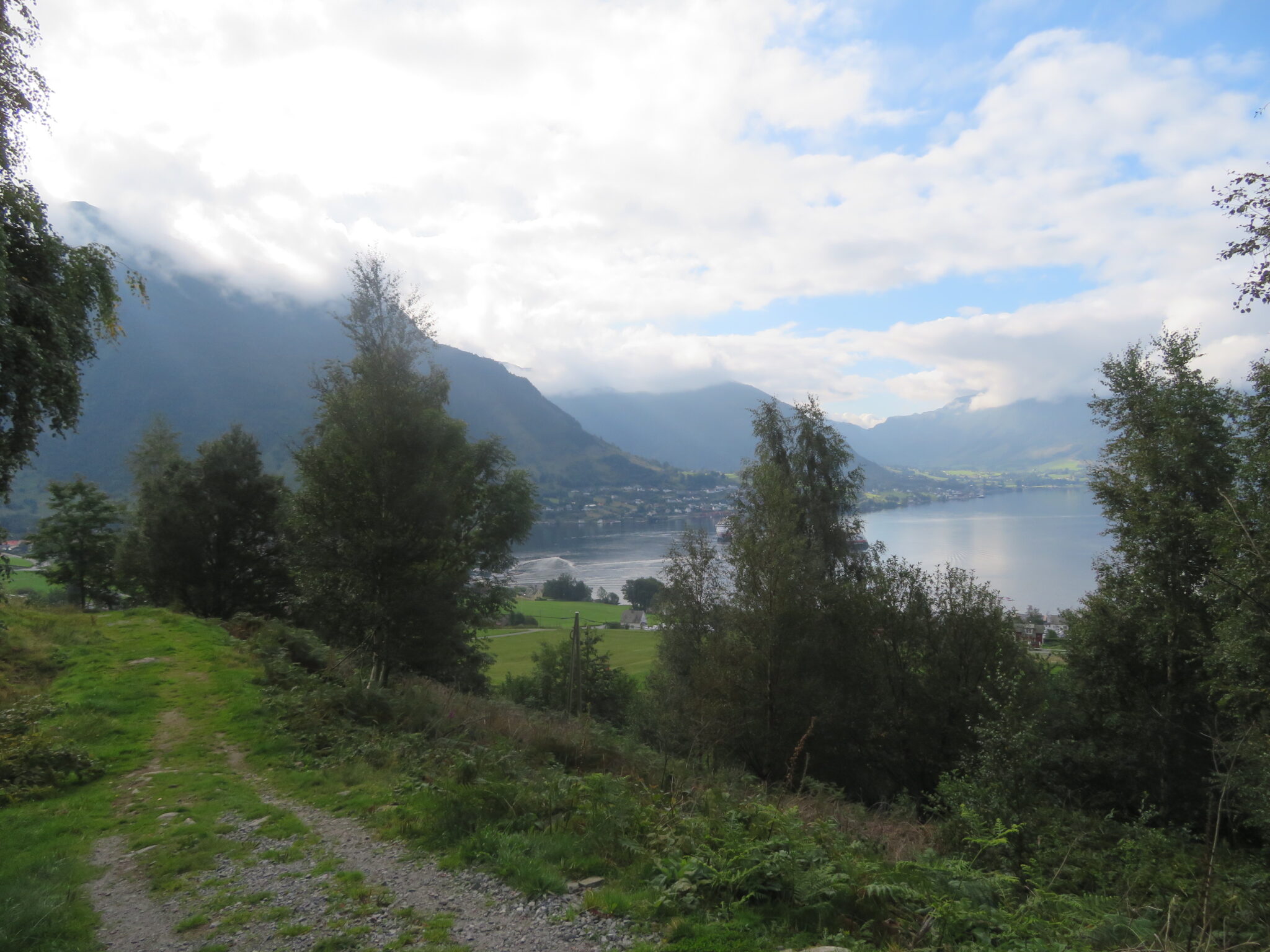 The path that we were on looking down to the ship through the trees. 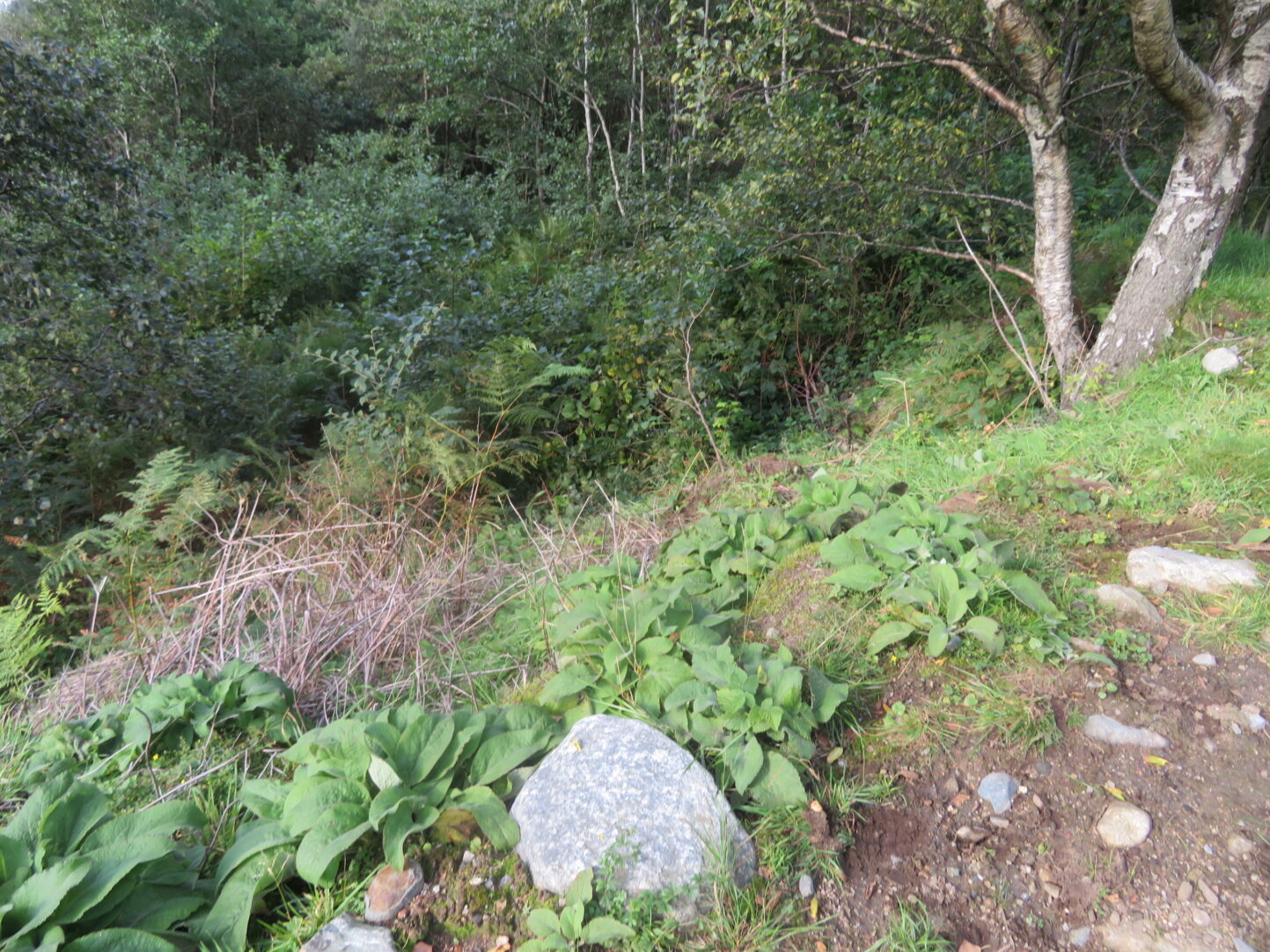 Looking over the edge of the path you can see the hole I left after being extricated from the bramble bush. 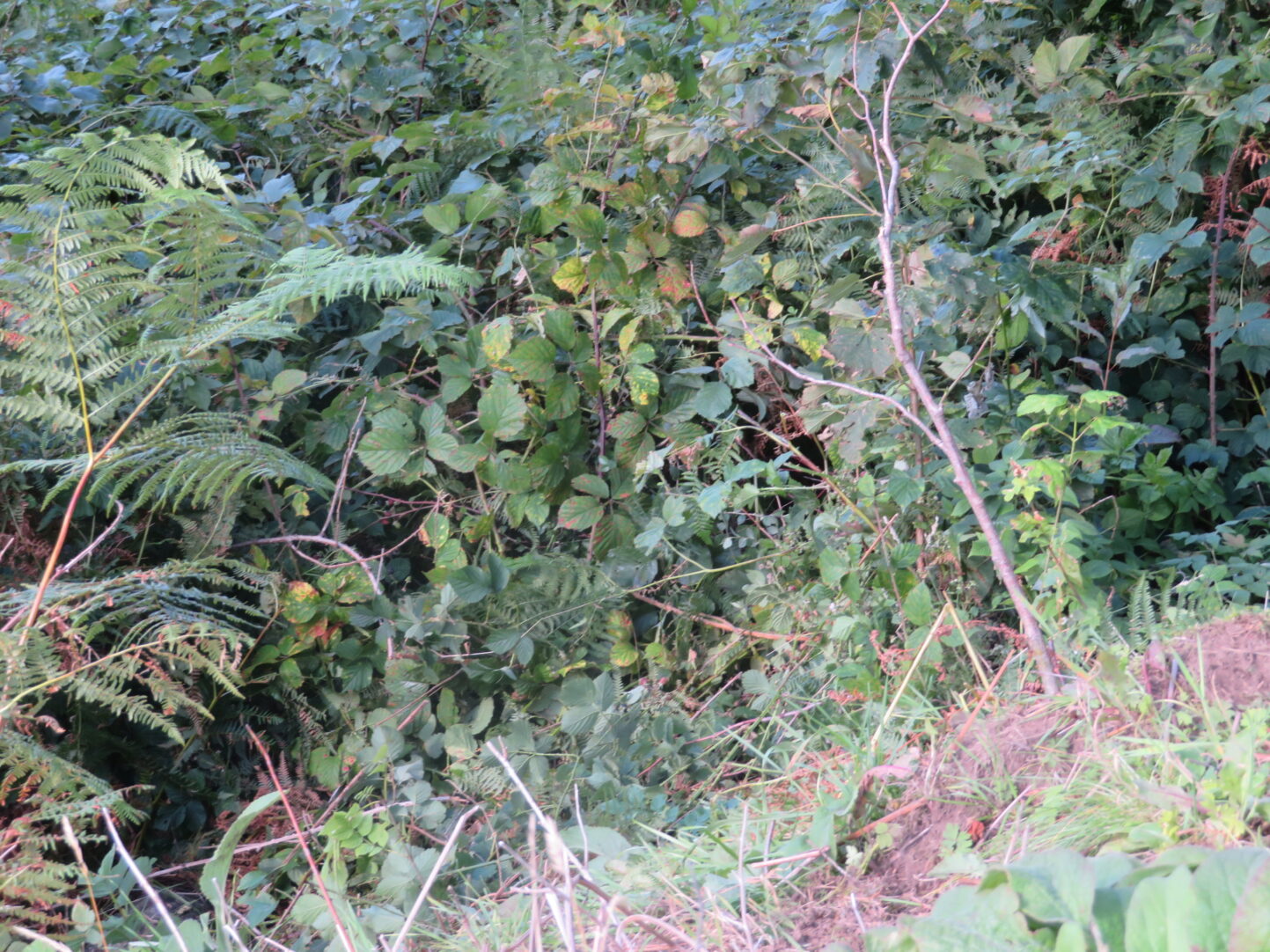 I was deep inside this bramble bush, arms and legs everywhere.

This taken back in our cabin after the doctor and his team had finished cleaning him up, checking for broken bones and putting antiseptic cream everywhere. Had he been wearing his jeans perhaps Roger might not have as many scratches! 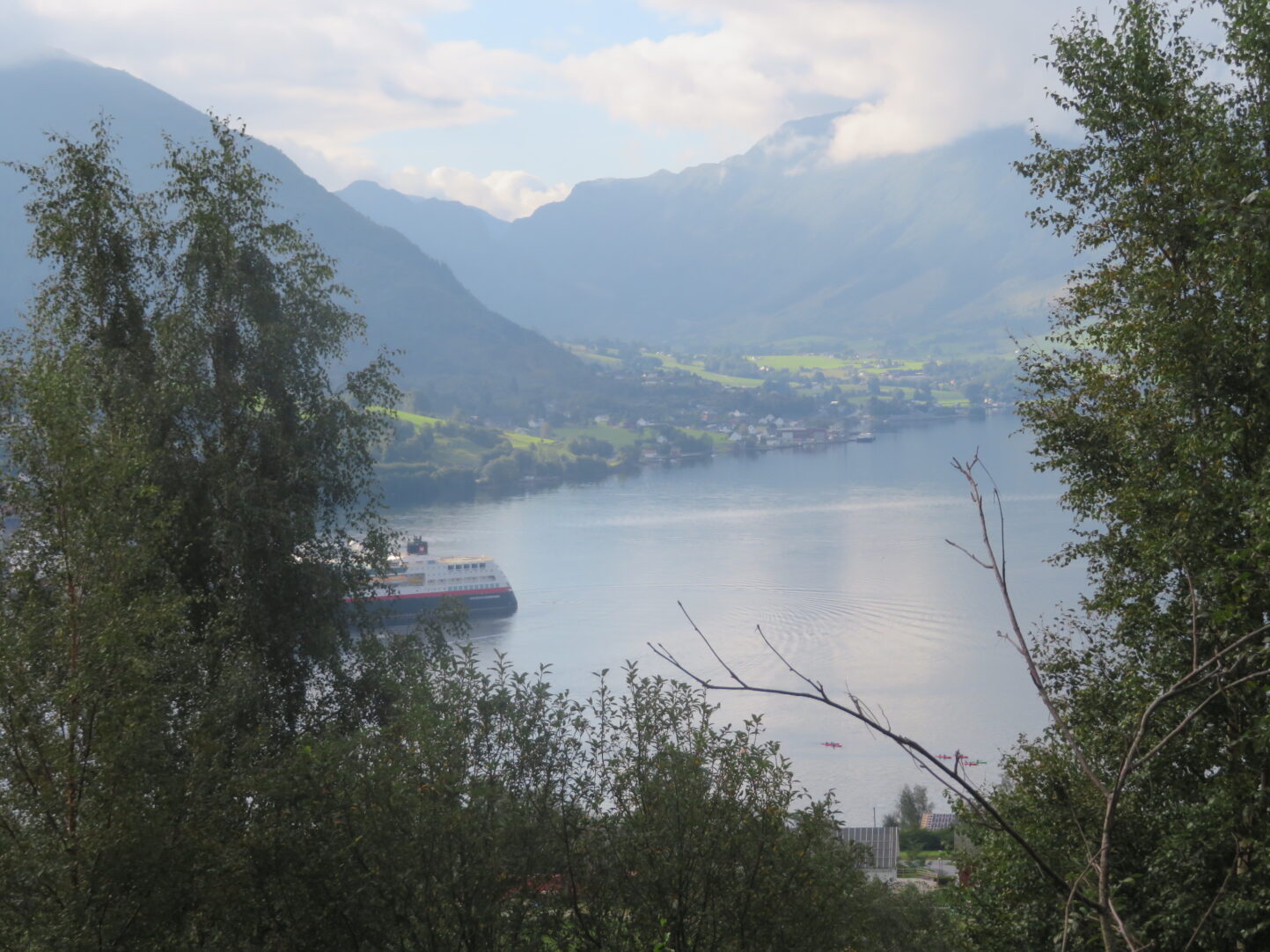 This was the shot Roger was after, or something like it, and he asked me to take it for him with the warning “Don’t get to close to the edge of the path”.